From the dawn of time to the present day

The history of Terrasson-Lavilledieu is very rich, it is the story of the human adventure.

Human occupation is documented since prehistoric times, as can be seen in the caves and shelters dug into the limestone cliff. These caves have revealed to researchers many traces of human occupation, including remarkable flintstones. Hikers will be able to approach these cavities during a walk  "la boucle de la Vézère", or when visiting the cluzeaux in the old town.

In the Gallo-Roman period, villas were built in different places around Terrasson and at the bottom of the rocks of Saint Sour. A magnificent mosaic discovered in Bouillac can be seen at the Maison du Patrimoine (free entrance).

It was in the early Middle Ages, the 6th century, that the town really started to flourish with the establishment of a monastery founded by the hermit Sorus (Saint Sour). A beautiful legend reminds us of its origins. Sorus was a hermit monk who isolated himself from the world and lived in a cave "la boucle des jardins" walk passes the entrance of this cave classified as a Historical Monument. King Gontran, suffering from incurable leprosy meets the monk who treats him with water drawn from a spring, located on the site of the Saint Julien fountain, (Place de Genouillac, in front of the ticket office of the Jardins de l' Imaginaire). The King is cured and decides to finance the installation of an Abbey. Saint Sour then proceeds to release doves to determine its location. When these doves land, he shouts "Terra Sunt!" which can be translated by "On the land they are! It was on this site that the first Abbey was established in Terrasson. Naturally, life will develop around the Abbey.

With the construction of the first permanent bridge over the Vézère in the 12th century, the town became an essential passage and crossing point.

From the 6th to the 16th century, periods of development and unrest followed: the Norman invasions, the Hundred Years' War, etc. During the Renaissance, Terrasson strengthened its position in commercial and judicial matters. François I introduces the trade fairs. 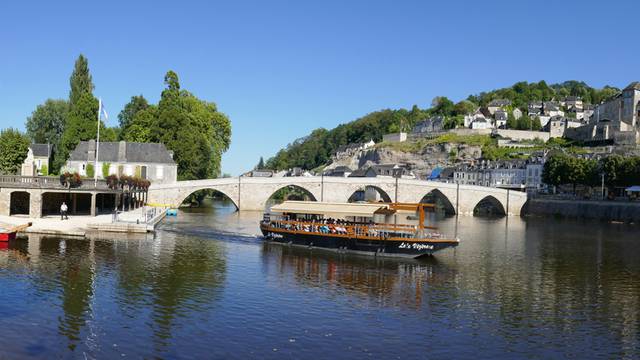 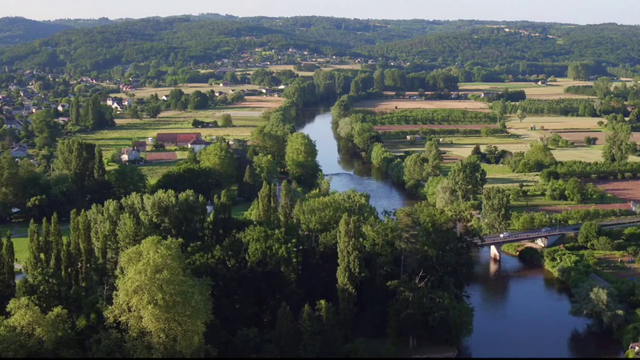