Examples : Hotels, Restaurants, Activities
Home / Our Towns and Villages / Peyrignac - English
-A +A

Peyrignac was originally an ancient Roman camp. Chateau de la Chapoulie (private) was built by the English during the 100 years war when Peyrignac was a military post. An octagonal dovecote (MH), perched on stone pillars and of rare architecture, is located near the castle.

The church of Saint Louis (MH) was built in the Romanesque period. A section of wall and the portal remain from this period. It was rebuilt almost entirely in 1857. 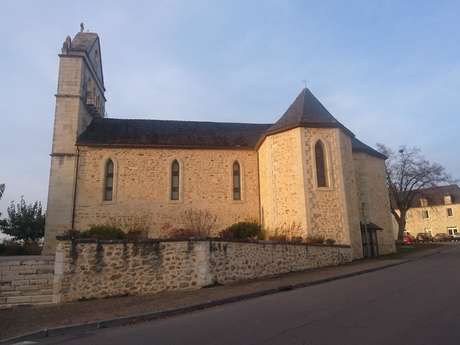